Before the invention of television, people had to be very inventive to find fun things to do. In the Victorian and Edwardian times, magic shows became increasingly popular and the first real magic stars were born. You have probably heard of Harry Houdini, a Hungarian magician who was famous for being able to escape from just about anything, from handcuffs to sealed underwater boxes. But did you know that another star of the Edwardian magic scene lived in nearby Shawlands? Her name was Etta Travers, otherwise known as ‘Vonetta’.

Etta Travers was born in Yorkshire in 1878. Her father was an iron worker with a love of music, and he used to perform in charity concerts. At one of these concerts Etta met Thomas Monaghan, who later became her husband. The two began to work together, with Etta as performer, and Thomas acting as her stage manager. Two of her best-known acts were driving a carriage whilst wearing a blindfold, and making a coffin float! She was also an amazing quick-change artist. Here is a description of the beginning of her act from 1914: ‘She came on in male evening dress, smoking a cigarette … Then retiring behind a screen for a second, she reappeared as a Spanish dancing girl and went into her quick-change act of twenty-four costume changes.’ That must have been tiring to perform! You can see some of her amazing costumes on this poster:

Her performing life was put on hold during the war, but afterwards she moved to Glasgow and settled in Shawlands. Could she have been one of the first users of Govanhill Baths? We will probably never know, but she must have needed to rest and relax in between her very involved shows!

Etta and Thomas then became involved in an exciting new art form: cinema. Etta even acted in a few early films, though footage of these appears to have been lost. The couple joined the Glasgow Cinema Club, an organisation where all of the pioneers of cinema in Scotland could socialise. After retiring from magic in the late 1920s Etta tried her hand at running a beauty salon, a costume & fur shop, and a dancing school, which was called De Russe House (one of her other stage names was ‘Countess de Russe’) and was situated in Regent Park Square in today’s Strathbungo! Who knows, perhaps some of her pupils came to soak their tired muscles in Govanhill Baths’ pools after a hard training session!

Have you ever tried magic before? Have you ever wondered what it takes to perform a magic trick? Well, look no further! Here are a couple of tricks you can try from home with very few materials.

The Loop of String

For this trick you just need a piece of string! It’s taken from a 1912 book called ‘Exclusive Magical Secrets’ by Will Goldston. 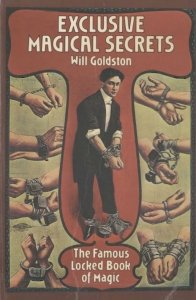 The trick is as follows:

1. Tie the two ends of your string together to make a loop. 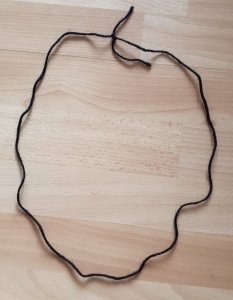 2. Make any kind of twist in your loop so that it looks like the photo below. Put your finger into one of the loops and tell your audience that you can catch the string. 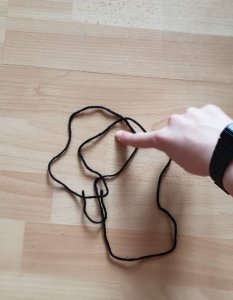 3. Pull the string and it should be caught on your finger. 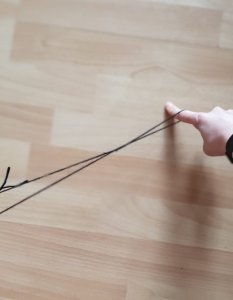 4. Now twist the string again, this time making sure it looks like the picture here: 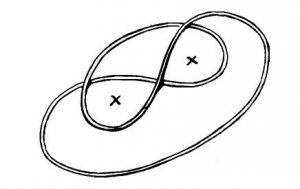 5. Ask a member of your audience to put their finger in one of the loops marked with ‘X’. Say ‘I bet you can’t catch the string!’. Now pull the string away: it should come free! 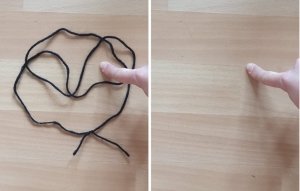 6. This trick might take a little practice, so have a few tries yourself before you do it in front of your audience.

This trick will really amaze your family and friends! You need a piece of paper and a pair of scissors. WARNING: scissors are sharp. Ask a grown up to help you!

1. First of all, make a bet with your audience that you can make a hole in the piece of paper which is big enough to step through. They won’t believe you! 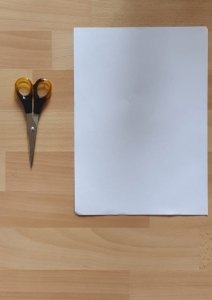 2. Fold your piece of paper in half. 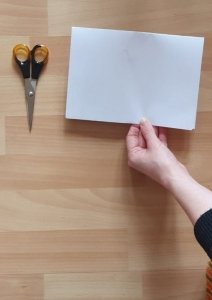 3. Use the scissors to cut a series of strips in the paper starting at the folded side. Don’t cut right through the paper: leave about 2m at the edge. Repeat all along the piece of paper.

4. Now turn the paper over and start cutting the other way, again stopping about 2cm from the edge. 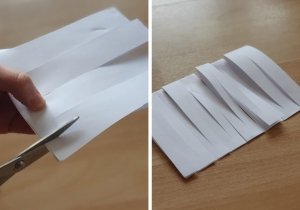 5. Leave the two strips at the ends, but cut through the fold on all the other ones. 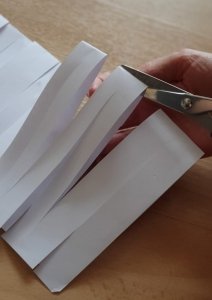 6. Open up the paper: it is now big enough to step through! What else can you fit through it? I could fit my cat, but she wasn’t very impressed! Can you fit your whole family through it? 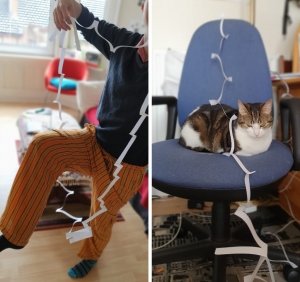