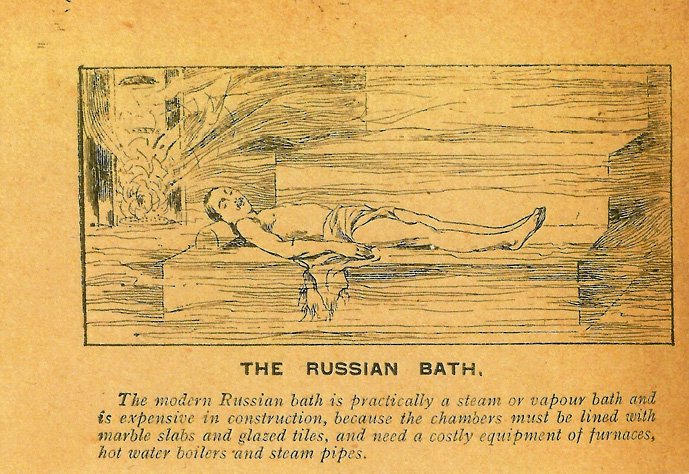 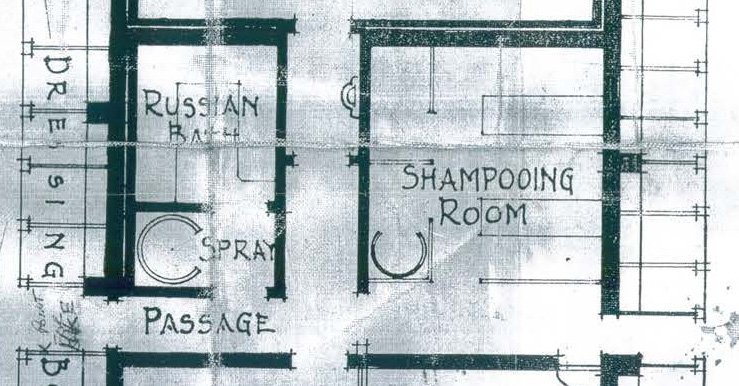 Many who visited Govanhill Baths before 2001, will remember the sauna and the Turkish rooms. One local resident recalled –

‘My brother, father, and myself went there on a Saturday. Mild room warm room then hot room or steam room. We’d sit and chat but usually back for lunch to my Grans at one o’clock. Remember one Saturday forgot time so had to rush out. Remember to this day the effect of going from the hot room straight out to the cold. My pores shut down.’

When the baths first opened in 1917, the facilities on offer were slightly different, there wasn’t a sauna but rather what was known as a Russian Bath.

Class and gender divisions were very apparent in public life in 1917 and at Govanhill Baths there were separate entrances for men and women, segregated pools and first-class and second-class hot baths for bathing. Traditionally, the different styles of high-temperature bathing, practiced in Russia, Turkey, Eastern Europe and Scandinavia were all a source of national pride in their respective countries.   In Govanhill, the Russian and the Turkish baths shared the same space and some of the same facilities and offered a very similar experience but the Turkish was a little more elaborate, and consequently, more expensive, there were three rooms of varying temperatures, not just one. A journalist of the time, described the Russian Bath as ‘the poor man’s Turkish Bath’.

This account from The Municipal Journal in 1914, gives a description of the experience of visiting a Russian Bath.

‘ The Russian Bath is chiefly used in hydropathic establishments.  On entering the cooling room, the bather will take one of the dressing boxes and disrobe. He will then proceed to the hot room.  This is filled with steam and is kept at a temperature ranging from 108 to 122 degrees Fahrenheit.

A seat runs around three sides of this room upon which he may sit or recline few minutes.  This moist atmosphere will induce a profuse perspiration and open all the pores. When the bather has been in this room for a sufficient time, he goes onto one of the warm lavatories and standing in an enamel trough thoroughly wash with warm soapy water, finishing off with a tepid or cold shower.

After drying he will return to the cooling room and sit until quite cool before dressing to go out. The value of such a bath to persons whose occupations are of a dirty and dusty nature cannot be overestimated, whilst as a cleaning agent it is unequalled and must add to the health of the person using it.

The price proposed to be charged is 4 pence, this will bring it within reach of those who cannot afford the more elaborate and costly Turkish Bath.’

The Russian Baths remained popular in municipal baths into the 1930s but after the war, perhaps in part due to the changing political landscape, Russian Baths began to be replaced by Scandanavian-style saunas, which tended to have slightly lower degrees of humidity.