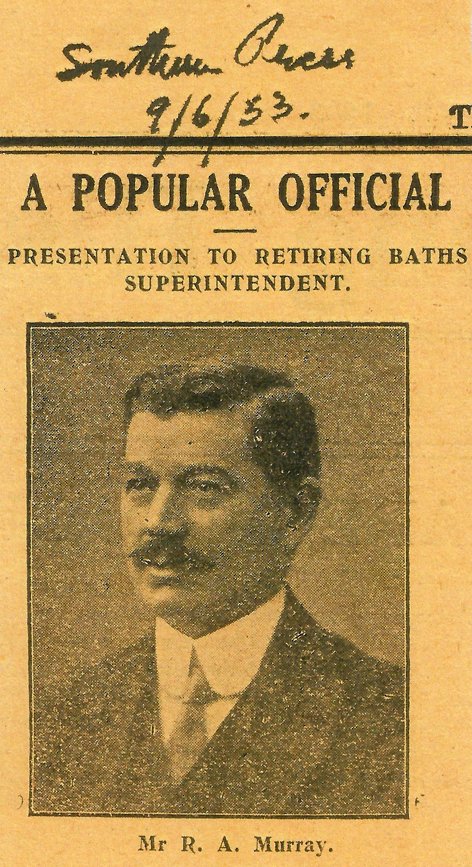 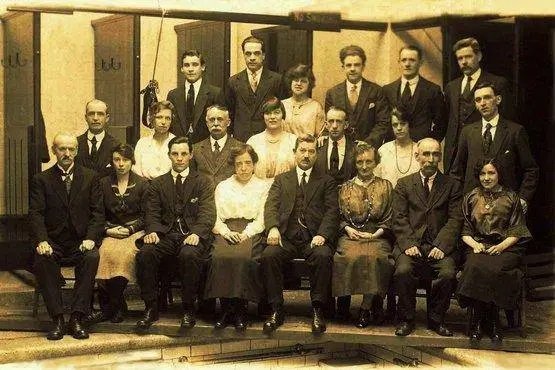 The first Superintendent of Govanhill Baths was Robert Murray, He was appointed when the baths opened in 1917 and he reached retirement age in 1933.

A reception was held on the occasion of his retirement at Sloan’s Café in Argyle Arcade, organised by the National Bathmasters Association of Great Britain and the Scottish Branch of NALGO, the National and Local Government Officers Association.

Robert Thomson, General Manager of Glasgow Corporation Baths presented Murray with his retirement gifts, what was described as a ‘handsome’ wireless set and a wallet of Treasury notes, to help enjoy his golden years.

Thomson went on to reveal that Murray joined the Corporation in 1898, first taking a position at Maryhill Baths, then in 1899, he moved to Stobcross Baths. A few years later, Murray took charge at Gorbals Baths, an area of the city, Thomson says ‘not noticed for its quietness’. Murray later commented that there were two gangs in the Gorbals at the time, once called The Village Boys and the other called The Tim Malloy’s, who kept the baths busy and gave the police much trouble.

When war broke out in 1914, Murray had the job of overseeing several swimming pools in Glasgow. When Govanhill baths opened in 1917, it was the most modern facility of its type yet opened in Glasgow and Murray was the natural choice to take charge.

Replying to the assembled company and thanking them for the gifts, he recalled that there had only been 4 deaths during his career, 3 of them had been in the hot baths. He went on to say that the general public were not easy to please and he dealt with many complaints about being ‘knocked’ while having a bath. There were strict limits about the time a person could take in the tub, and Murray insisted there were good reasons, to do with safety, for those limits.

Murray seems to have been a fair-minded manager and believed that ‘you get the best out of staff by inspiring confidence and never overlooking the fact that a word of appreciation was never too much to give when it was due.’

He looked forward to his retirement, to gardening, bowling, church work and attending football matches.

(I have no information to indicate what football team he supported.)

Robert Murray was succeeded at Govanhill Baths by Archibald Alexander