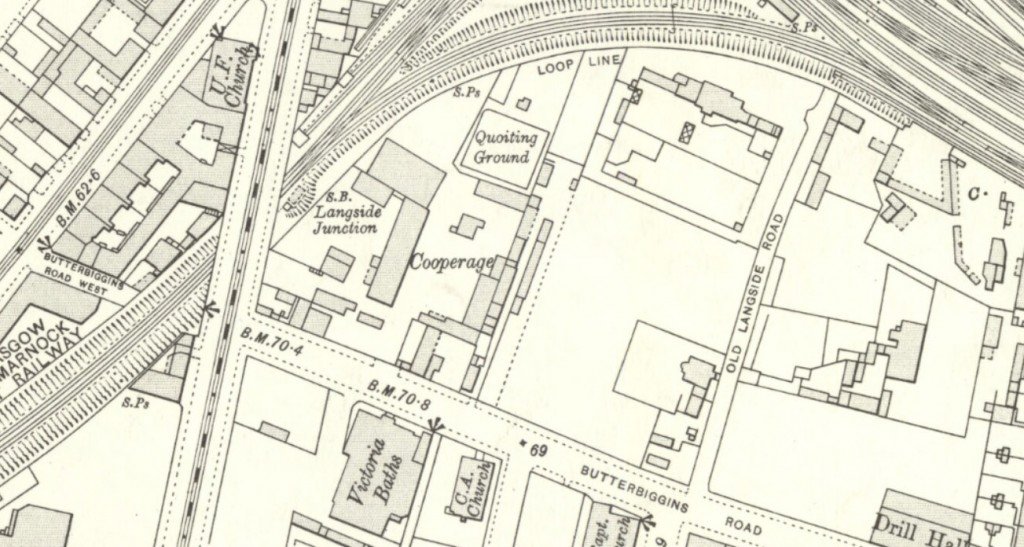 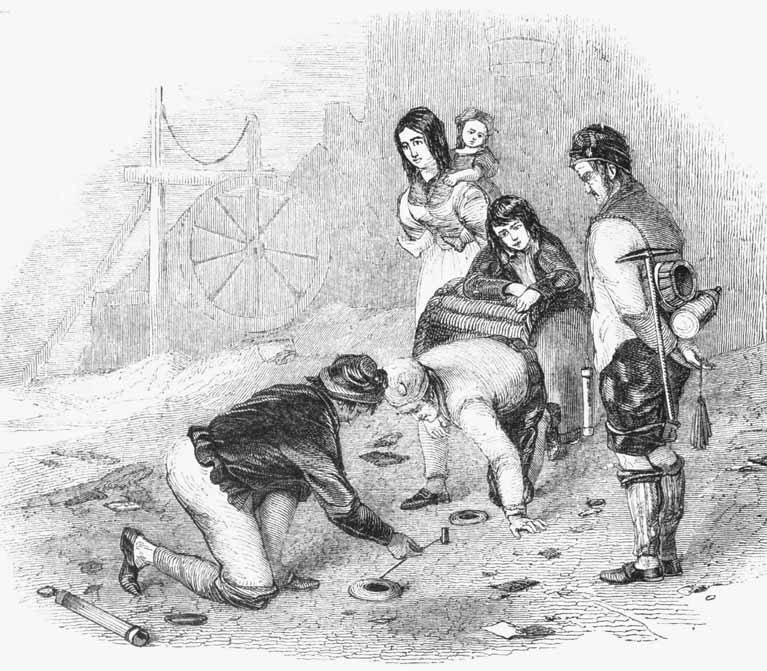 Many will remember the Larkfield Bus Depot that used to stand at the corner of Victoria Road and Butterbiggins Road. The depot was built in 1929 but before then it was a site of four large private houses, Larkfield House, Inglefield House, Butterbiggins Cottage and Gallowknowe House, all built in the early 19th century. Gallowknowe House was the residence of William Dixon, local landowner and founder of Dixon’s Iron Works

The rise of industry in Glasgow in the mid-1800s saw gradual but significant changes to the use of this formerly rural retreat. Gallowknowe House was demolished in 1855 when William Dixon died, to make room for the expanding railway network, the other houses remained but the part of the land closest to Victoria road was put to new uses. By 1869 there was a rope works, then gradually buildings associated with the railway began to appear which became known as the Larkfield Junction, and a cooperage was built, perhaps to serve the Caledonia Brewery close by on Victoria Road.

By the 1890s, a section of the ground was given over to the sport of quoiting and it became known as the St. Andrew’s Ground, home to the Saint Andrew’s quoiting team. The name certainly came from the nearby St Andrew’s Cross (now Eglinton Toll) which in turn probably took its name from the Victoria United Free Church (built in 1863) which stood at the cross and was possibly dedicated to Saint Andrew.

Quoiting is a sport that was very popular at one time in mining communities. Govanhill was originally a mining community and in the early 1900s, the Govan Colliery was still open so there would still be many miners in the local population.

Quoting involves throwing heavy steel rings or quoits, often pronounced as ‘kites’, weighing about 11 pounds each at a pin, often called a ‘hob’ or a ‘mott’, which is in the middle of a clay pit 18 yards away. One theory is that quoits developed from the game of horseshoe throwing, while another theory is that it is much older than horseshoe throwing and is more closely related to a form of discus throwing practiced in Ancient Greece.

From the 1850s, there was a very active quoiting league in Scotland, with a dozen teams competing for large cash prizes and drawing enormous crowds. Many former footballers took up the sport of quoiting.

The Saint Andrew’s Club at Butterbiggins were one of the best clubs in Scotland, regularly winning the league and the Wylie Cup.

The sport seems to have declined in popularity since World War 1 but there is still a Scottish club in Stonehaven, near Aberdeen.